5 things you should know about COP21

Share this page
Posted by technotifications in Climate, Energy, Forests, Marine on November 10, 2015 - It’s the 21st Conference of parties (COP) at the United Nations Framework Convention on Climate Change (UNFCCC). This conference will be held in Paris from November 30th to December 11th 2015, and will bring together global political leaders from 190 countries, including Madagascar.

The COP21 is an international conference on climate change which aims at limiting global warming to 2° above the average temperatures during pre-industrial times. World leaders will engage in negotiations and will hopefully decide to implement actions that will keep the global rise in temperature below this 2° limit.

Climate change is already causing many damages throughout the world.

Climate change is happening faster than ever. 2014 was the warmest year globally since we started keeping track.  Since 1900, every decade has been warmer than the previous one. These changes are already leading to major economic damages. Around the world tropical storms have become stronger, increase in floods and droughts, causing in turn, an impact on food supply, conflict and displacement.

According to the United Nations High Commissioner for Refugees, between 25 million and 1 billion people around the world will have to leave their homes for climate reasons.
According to the 2014 Global Estimates Report published by the Internal Displacement Monitoring Center about 22 million people in at least 119 countries throughout the world had to move because of weather related disasters.

The hope is that each participating country, including Madagascar, commits to contribute to maintain global warming to 2°, since the pre-industrial period. Commitments need to be supported by national plans, laws and concrete actions that will compel politicians to implement strategies to reduce greenhouse gas emissions, to adapt to climate change and to mitigate the effects on populations and on nature.

We all know that developed countries are the biggest polluters, but all countries can and must contribute to a global solution. Some measures have already been taken, such as an agreement between China and the United States in November 2014, stipulating their commitment to significantly reduce their greenhouse gas emissions by 2025- 2030. At a regional level, scientist members of WIOMSA (West Indian Ocean Marine Science Association) developed a common declaration which will be presented at the COP21.

2015 has been the warmest year on record, replacing 2014 which had been the warmest year.  This is affecting global ocean waters, which are currently experiencing the world’s third large coral bleaching event since 1998, putting over a third of the world’s coral reefs at risk. With the rise in the frequency and intensity of climatic disturbances in the area, all these issues show us that the problem does not only concern Madagascar or developed countries, it is worldwide.

To achieve a better, cleaner future driven by sustainable development, the first step is that each person makes an individual commitment to lower their impact on the world.

Stay informed about what is going on at the conference by regularly reading the Dans Ma Nature blog, following developments on the COP21 site, twitter account or the YouTube channel. Follow the hashtags #COP21, #changeclimatechange and #cop21care.
You can also read  WWF’s position  going into COP21.

WWF has launched a campaign called #tweetyourleader. Its goal is to send tweets to our leaders encouraging them to produce strong and tangible results at the COP 21. Follow the link to participate and send a tweet to Madagascar’s president. 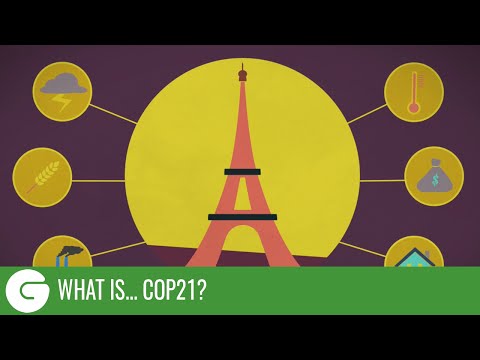